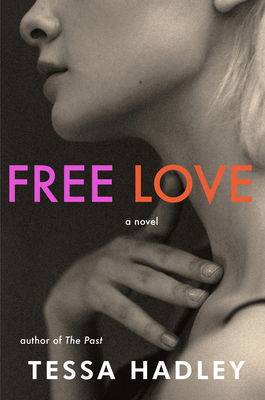 “Tessa Hadley recruits admirers with each book. She writes with authority, and with delicacy: she explores nuance, but speaks plainly; she is one of those writers a reader trusts.”—Hilary Mantel

From the bestselling author of Late in the Day and The Past comes a compulsive new novel about one woman’s sexual and intellectual awakening in 1960s London.

1967. While London comes alive with the new youth revolution, the suburban Fischer family seems to belong to an older world of conventional stability: pretty, dutiful homemaker Phyllis is married to Roger, a devoted father with a career in the Foreign Office. Their children are Colette, a bookish teenager, and Hugh, the golden boy.

But when the twenty-something son of an old friend pays the Fischers a visit one hot summer evening, and kisses Phyllis in the dark garden after dinner, something in her catches fire. Newly awake to the world, Phyllis makes a choice that defies all expectations of her as a wife and a mother. Nothing in these ordinary lives is so ordinary after all, it turns out, as the family’s upheaval mirrors the dramatic transformation of the society around them.

With scalpel-sharp insight, Tessa Hadley explores her characters’ inner worlds, laying bare their fears and longings. Daring and sensual, Free Love is an irresistible exploration of romantic love, sexual freedom and living out the truest and most meaningful version of our selves – a novel that showcases Hadley’s unrivaled ability to “put on paper a consciousness so visceral, so fully realized, it heightens and expands your own” (Lily King, author of Euphoria).

Tessa Hadley is the author of six highly acclaimed novels, including Clever Girl and The Past, as well as three short story collections, most recently Bad Dreams and Other Stories, which won the Edge Hill Short Story Prize. Her stories appear regularly in The New Yorker; in 2016 she was awarded the Windham Campbell Prize and the Hawthornden Prize. She lives in London.

“Tessa Hadley has few rivals in portraying the dynamics of families and the intricate weave of emotional affiliations among members. She is a genius at capturing fugitive thoughts and memories, the propulsive energy of desire, and the provisional reasoning that constitute inner being. . . . Free Love is a penetrating, extraordinarily subtle novel about an unsubtle era.” — Wall Street Journal

“Exquisite and sensuous prose. . . The stories of break and repair in this novel are wonderfully unpredictable.” — Minneapolis Star Tribune

“[A] brilliantly observed novel.” — People, Pick of the Week

“Free Love is a fresh, moving evocation of the dawning of the Age of Aquarius.” — NPR

“Free Love is beautifully structured and brilliantly paced. It displays Tessa Hadley's extraordinary skill at making both surface life and deep interiors come fully alive. Phyllis Fischer's quest for love and escape is created with drama and excitement, but also with slow care and real delicacy and sympathy.” — Colm Tóibín

"Free Love is a perfect example of the Tessa Hadley problem: her books are so easy on the eye, such a joy to read, it’s possible to forget how artful, profound and subtle they are–and what a great writer she is. "  — Geoff Dyer

“Every book Tessa Hadley writes makes her readers look forward keenly to the next. Free Love is a beguiling novel, deceptively easy to read; beneath the surface swim disturbing and age-old questions about freedom and fate.”  — Hilary Mantel

“In keen, lush prose, Hadley conveys the many ways her characters delude themselves amid fraught relationships between parents and children as well as between lovers. The result is sumptuous and surprising.” — Publishers Weekly, starred review